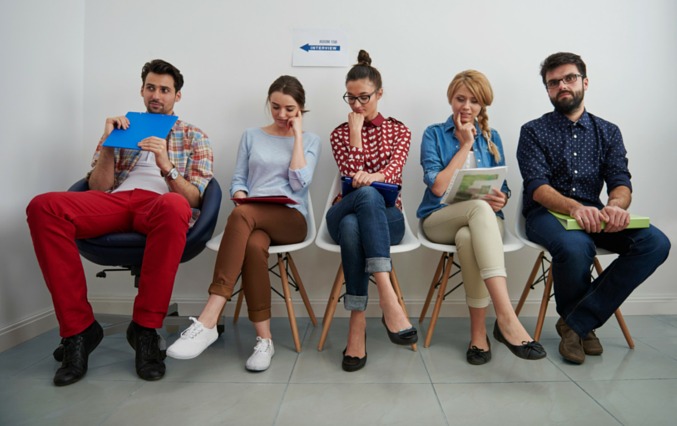 There’s something that gets lost in the discussion about introverts and networking. Being introverted is not about being shy; it’s about needing time alone to recharge your batteries. Crowds don’t energize you; they drain you.

So, if you are an introvert, you’re working on overdrive the entire time you’re in a networking environment. There are people everywhere; plenty of noise, strangers, and it’s just plain overwhelming. Sound familiar?

Umm, btw, just sucking it up and learning to love networking? Not gonna happen. You’re not going to suddenly change from an introvert to an extrovert. So I’ve created a networking plan so the very thought of networking doesn’t send you retreating to Netflix.

1. Limit the number of events.

Find a networking group that interests you. It will make it easier to find someone to talk to. Start with smaller groups so you can get in the groove of networking without spending all of your energy. Here’s meetup.

When you find a group that you have something in common with, it’s easier to walk in the door. So, pick an event that’s organized around a skill (programming, graphic design, ASL) or a topic (management, entrepreneurship, writing, inventing, women in business) that you’re interested in.

3. Pick a minimum time to stay.

Decide on the minimum time you can handle networking (at least ½ hour).  You can do a lot in 30 minutes – and you can stand to be around a bunch of people for 30 minutes – you can because you have a plan!!

4. Pick a target number of people.

Figure out a target number of people to approach. You’re going to go in to that meeting knowing that you only have to approach a set number of people. Why not start with 2? Let’s say at least 2 and no more than 5. So, if you talk to 2 people, you’ve created a successful event. Remember, if you get there and decide to talk to more people, that’s the icing on the cake!

Practice!! You’ve selected an event based on your interests, so it’s time to think about how to introduce yourself to a stranger. You will tell them a little about you and why you’re attending this meeting. “Hi, I’m Sara Singer! I’m interested in moving from admin into project management, so I thought I’d see what’s going on here. What brings you here??” And, BOOM, you’ve done it, introduced yourself to a person at a networking event!

Then you can talk about what you’ve been doing and what options you’re exploring.

I can hear you thinking. Wait a minute. Don’t I have to have an elevator speech or a pitch or branding or whatever? Not yet you don’t. You do not have to have your pitch in place to take that first step into networking. Really, you don’t.

I say go forth with the script above because it’s sooo easy to fall back on not having a pitch as a reason to not network. Next week, I’ll write about creating your pitch. So, please, go ahead and move forward this week.

Show up!! Please. Go to the event. Stay 30 minutes and meet your 2 people. Then leave. Then pick the next event and do it again. If you can stay longer, do. Remember, 2 people, 30 minutes equals a networking win!

I’m not gonna lie. I can’t tell you that it’s going to get easier for you, the introvert, to network. However, I can tell you that having a plan for each event that honors your unique personality will make it less intimidating.

So go try it out! And after you do, head over to my Facebook page and let me know how it went!

Video: 8 Tips for Networking Without Being Fake

Discover the power you already have and the career that was made for only you.